What remains when all we wish for comes to fruition? Can the mind rest, the body relax – until boredom invariably sets in and we shuffle toward the well, fish a coin from a worn pocket and toss it in; watching as light refracts from its spinning trajectory as it lilts lazily toward the bottom? 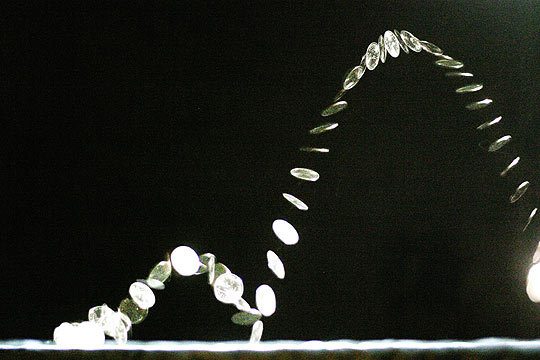 Is it simply human to trump up another challenge; to long toward fulfillment – initiating beginnings, striving toward endings – over and over again? Is this the nature of mind – an unquenchable yearning that lives for longing? Is boredom inevitable; universal – or simply an attribute of the creative soul?

The final chapter has been written to this particular tome, though there will undoubtedly be surplus in the offing. Meanwhile, the heart is lightened despite details needing to be grasped and fulfilled. It is not yet time to rest, for there is much to accomplish – the long-awaited transition into freedom of movement. It feels rather like the ball-and-chain prisoner – laboring over rocky fields while burdened with unbearable weight – who has suddenly and inexplicably been granted a reprieve. An encumbrance has been lifted, but can he now rest; will he accept that which has been granted? Or, like a bird nurtured in captivity, will she return again and again to that containment as though it were shelter; as if it held the key to enduring security?

I suspect it’s human to resist change. After all, we work most of our lives to establish vestiges of safety: home, family, possessions. In fact a fellow blogger recently posted a brilliant treatise on this very thing (http://esgeemusings.com/2012/05/16/the-transience-of-our-permanence/), just as we ourselves are in the throes of major transition. Fact is, the unknown is all that is known: universes are comprised mostly of what is commonly considered  a void. Might as well get used to it, for accustoming oneself to what is allows one to delight in the journey. If we are willing to explore and master our fears as they emerge, infinite possibilities await!

6 thoughts on “One Sure Thing”