“Young man,” said Miss Block
“It’s eleven o’clock! This school begins
promptly at eight-forty-five;
Why, this is a terrible time to arrive!
Why didn’t you come just as fast as you could?
What is your excuse,
and it better be good!”
“This morning, Miss Block,
when I left home for school
I started off early, according to rule –
I said when I started at quarter-past-eight
I must not, I will not, I shall not be late!
I’ll be the first pupil to be in my seat, then
BANG!  Something happened on Mulberry Street.”
~ Dr. Seuss 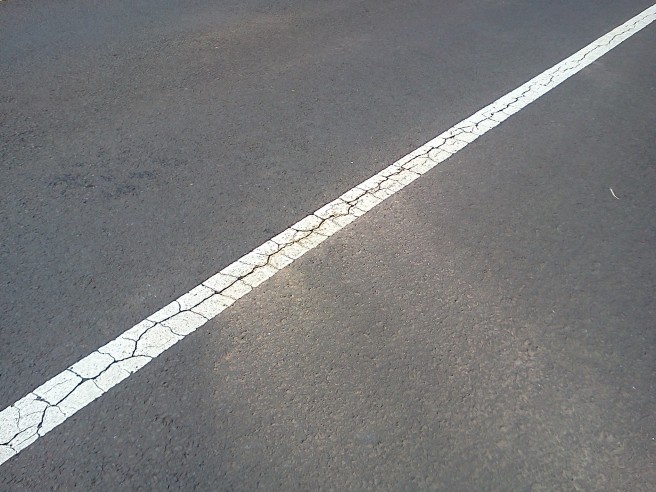 Hoping I have done it justice, this poem memorized to recite to my third grade classmates leapt to mind this morning while riding my bike up Union Mill Road to my regular route along Akoni Pule Highway. Honestly, you might think I’m fooling or maybe a little daft – but it is said that truth is stranger than fiction. And though incredible, this story is no fabrication.

I lived thirty-two years in Maine, the lobster capital of the world. Yet somehow the sight of a lobster crossing the road never transpired in my experience. All that changed today, when, pedaling up the steep hill toward the highway, I spotted what appeared to be a small lobster marching across the asphalt. I slowed to a stop, checked for oncoming cars. We were alone in this warped world, the lobster and I. I shook my head, but there was nothing wrong with my vision. It was indeed what appeared to be a baby lobster, marching west to east with small unoccupied plantation houses on either side. The fact that it might be a crayfish did occur to me, but being unsure, I didn’t dare touch or attempt to grasp it. Casting a line to my frazzled mind, an image of the drysack I carry along with me in case of rain emerged. I grabbed the conveyance, unbuckled it, and set it in front of the creature who, without hesitation, sauntered deep within its recesses.

I’ll take it back to the ocean, I thought, after my ride. I’ve ten miles to go. I wonder if it will be okay like that, in the bag, in the sun? A half mile down the highway, I turned back toward home. This is ridiculous, I thought. If I’m going to chance upon a lobster crossing the road on the north shore of Hawaii Island when I never saw such a sight in all my years of living in Maine, I’d best get the poor beast to water and pronto. But what to do? Lobster or crayfish? Fresh water or salt? I didn’t want to kill the critter I was attempting to return to its natural environment. As luck would have it, a fishing tackle shop lay sandwiched between one of the town’s veterinarians and a quick-stop store/gas station on the corner of Union Mill Rd. and the highway. I popped in to confront old Mr. Naito with my discovery, though I cautioned him first that he would remember this for the balance of his life. Indeed he looked a bit suspicious – to many locals, God bless them, white folks can seem a bit touched in the head at times, with their mainland notions and quick movements and speech. Likely I was placed amongst the “crazy ha’oles” he has encountered in a long life of many transitions, not the least of which was that our community boasted an enormous sugar plantation not fifty years ago – cane waving in the bright sunshine as far as the eye could see before the blue of the ocean sharply delimited the expanse of green. So many changes have occurred since that time that the grace of living here is that somehow the locals have managed to maintain a loving spirit of Aloha toward most everybody – the craziest among us included.

Shaking his head in disbelief, Mr. Naito and I eventually conjoined in the conclusion that what I held in my possession was indeed a crayfish. When asked where best to return it to its habitat, he gestured up the hill to the Kohala ditch – a massive irrigation system built during plantation times. A bridge marked the particular spot he referred to as a fast-moving current, and I carefully shook the crustacean out of its borrowed lair onto leaf mold. Examining it more carefully now, I noticed its shell was covered in a light coating of dried mud. Venturing now to grasp its body, it neither squirmed nor asserted itself in a harmful fashion. Rather it reached its claws and tail out to their furthermost boundaries as if enjoying a good stretch, perhaps sensing the presence of water nearby. With that gesture, I wished it well and tossed it gently into the swirling waters below. 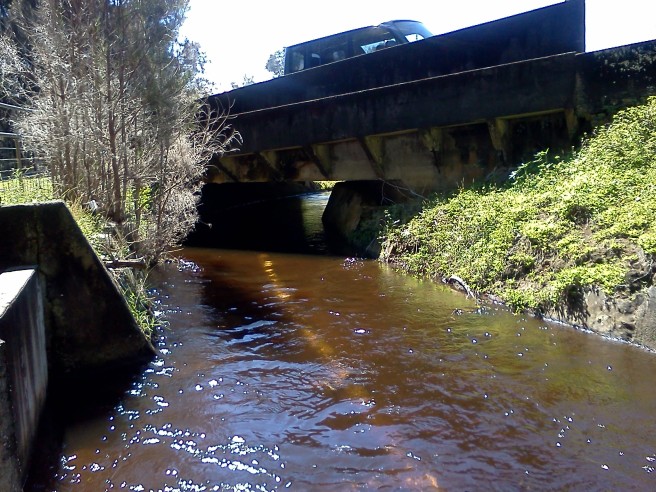 16 thoughts on “MULBERRY STREET (or was that really a lobster crossing the road?!)”