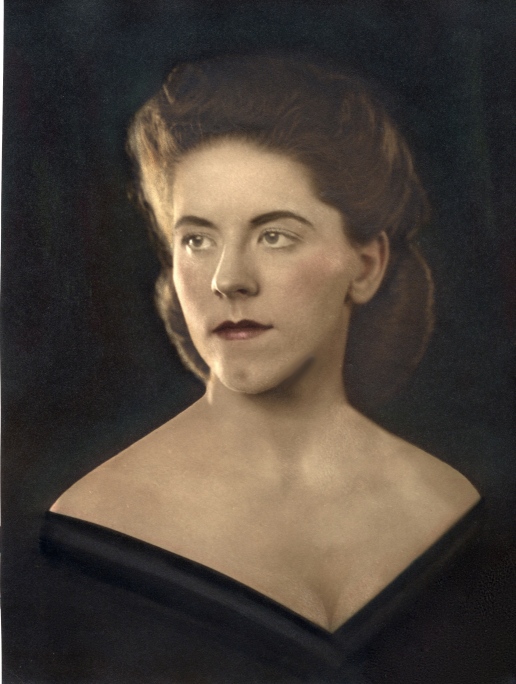 She didn’t quite know what to do with people: seven children; two husbands; countless grand- and great-grandchildren. She also rescued or fostered several dogs and a few cats in her almost eighty-nine years. She might have made it to ninety and beyond, but no matter. She was not attached to life, but rather to bright and shiny objects; to record keeping; to sugar and solitude. Life disappointed her as often as people did, through no fault of its own. Existence was simply what it was, as was she: a confounding confluence of a much beloved matriarch who died too soon and a difficult father. Or so I’ve been told. Mom was good with information, as long as it was fact rather than feeling. To drag emotions out of her remained nearly impossible right up until the day she died.

The loss of Mom’s own dear mother seared grooves in her steely temperament, and she never quite smoothed out the scar tissue. My birth apparently helped, for before she got religion, she insisted I was her reincarnated mother. Yet the woman was as much mystery to me as to four siblings preceding. She presented herself more as a friend to have fun with, perhaps to ease her conscience about being too heavy-handed with the older kids. But none of us ever knew then any more than we know now about her innermost regrets. We only know our own.

And so it is that this week she left the confusion of a world that demanded too much of her sensitivities. Yet for some of us, this is the very essence of a full life: to dig in soulfully, to feel and know joy as well as heartache, to risk and be rewarded, to join or bask in solitude, to exist in a perpetual state of unknowing while loving the serendipitous, the unpredictable outcomes. To exist in a vacuum excluding these sensations seems inconceivable, yet I know there are others like her who cannot seem to break out of this particular mold.

Mom’s death was expected, and if it could have been planned and painless, she might have scheduled it sooner. I blew in on the winds of change to assist my sister who had been her sole caregiver for five years, allowing our mother to remain in her own home. When Mom was no longer able to maintain her hygiene by refusing to let my sister help, she had to be moved to a nursing home. She died three weeks later. I considered this a blessing, coming as it did on the heels of my sister’s phone call entreating me to come soon if I still wanted to count Mom among the living.

Going through her cache of keepsakes, it’s unsettling to discover forgotten bits of my own history: old hand-cut business cards – the vivid red of my eldest daughter’s teenage business venture crafting dream catchers when we lived in the Southwest; the bright yellow experiment in naming what I do for a living; a faded blue jewelry header signed with a silver felt-tipped pen from my husband’s silversmithing days. Paper is easier to preserve in southern California’s dry climate than in our Hawai’i home, thus these items dwelled for fifteen years in a corner of an antique desk drawer. How now to delegate these reclaimed treasures? And how poignant the sentiments such objects recall.

Like the crows my father despised and I loved, Mom tucked away glittery things: rings and earrings and necklaces and bracelets – far more jewelry than she likely even remembered she possessed. Then again, I might have underestimated this woman who gave me life yet remained such a mystery. My sisters and I – for Mom survived three sons and two husbands – divvied up what we could while feeling ill at ease about discarding numerous missing pairs in her considerable collection.

As a person who wears a gold wedding band and maybe a pair of simple gold earrings when going further afield than our own little North Hawai’i town, I’ve been sporting a sparkling five-gemstone-and-gold number on my right ring finger. I’ll have to wait until I’m back home to ask my husband if the stones are tourmaline or pink sapphire. For some reason that has absolutely nothing to do with anything resembling my own aesthetic, this reminder of Mom keeps me close enough to her memory until I feel as though her spirit has found expression in that broad face of eternity.

12 thoughts on “Eulogy to My Mother”